The MTA on Monday released a draft of its plan to redesign the network of 107 bus lines that move more than 714,000 weekday riders throughout Queens.

Current plans call the MTA to make a presentation at the Old Astoria Neighborhood Association (OANA) monthly meeting on February 11, 2020. If you are interested in attending, please email RSVP@OANA-NY.ORG putting “OANA February Meeting” as the subject.

“We are very excited about this draft plan for Queens buses because it is a true re-imagination of the routes,” said MTA NYC Transit President Andy Byford.

Take a look at the New Queens Bus Plan and the New proposed bus routes.

Criteria includes cutting under-used bus stops and combining duplicate routes, is based on issues raised during the MTA’s outreach to the community.

The MTA is still taking comments on the proposal. There is also an interactive map that can facilitate comments. These were developed from information from the MTA’s public forums during the past year.

The MTA’s timeline is as follows: 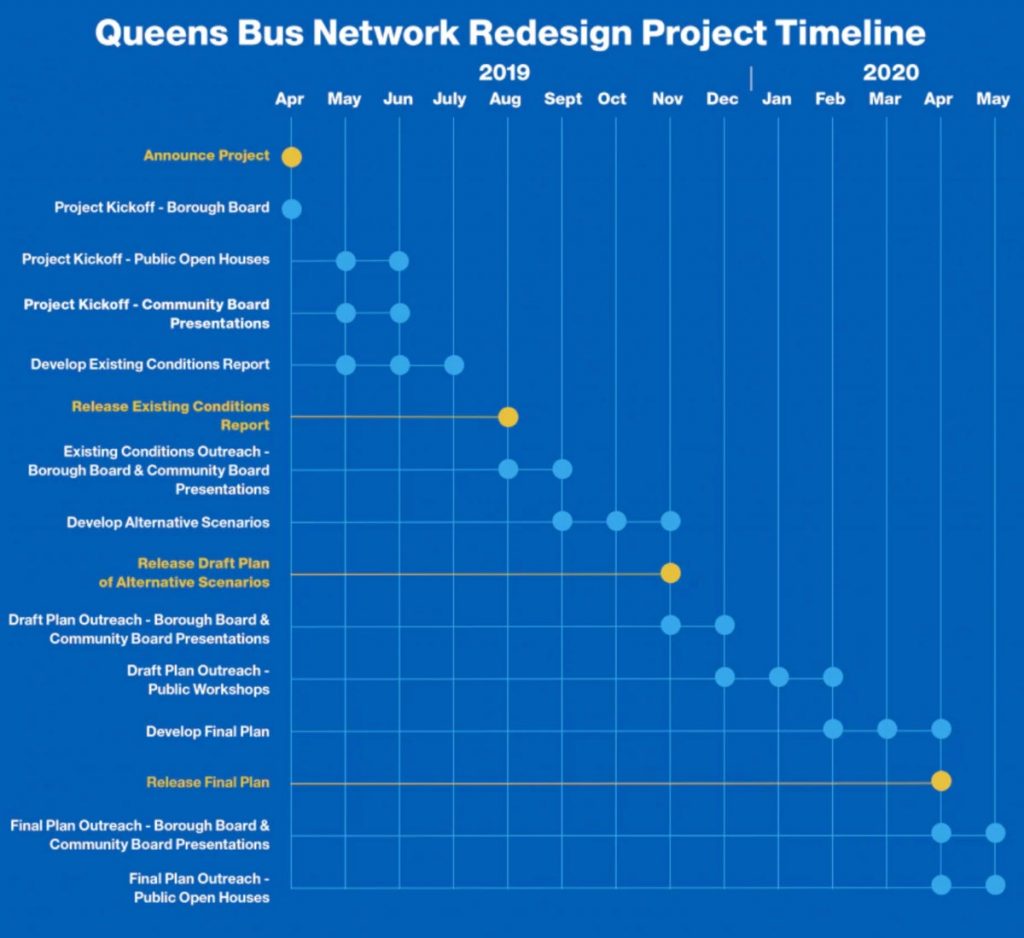 This redesign was driven by declining ridership, increase in fare-beating and the great need for a viable bus system. (Many Queens residents lack easy access to the subway system)

The bus redesign project was initiated by the MTA’s Fast Forward plan.