From a distance, ‘Eternal Flame’ resembles a traditional obelisk monument sculpture – but upon closer inspection, it becomes clear that each of the five facets around the base of the structure contains a functional barbecue grill.

Ramírez Jonas considers cuisine to be a cultural eternal flame that persists across time and geographic distance. There is always a cooking fire lit somewhere on this earth, a family gathering around a table to eat, and a person reminded of a place or moment through tasting a familiar dish. His monument is intended to foster cultural cohesion through communal preparation and consumption of meals.

In this time of social-distancing, cooking and eating has become an even more important daily ritual for all of us, while sharing recipes has re-surfaced as a vital form of caregiving currency. 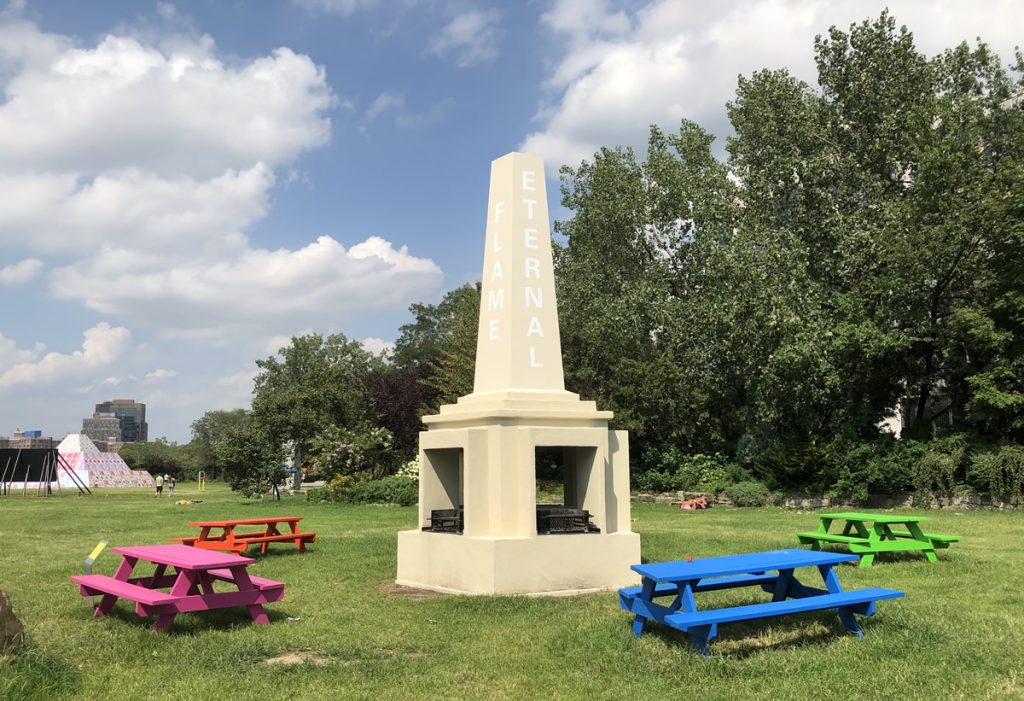 Drawing from this ethos of cuisine as community-builder, the ‘Eternal Flame’ grills were officially lit and inaugurated on August 11th by five local Queens chefs. Each chef prepared a dish of personal cultural significance to them and then partook in a socially-distant barbecue feast.

While the grill is not currently open for public use, a video documentary of the inaugural barbecue is to be released in the coming weeks.

You can find out more information about Ramírez Jonas and ‘Eternal Flame’ here.