In a ribbon cutting on 9/22/21, Astoria welcomes a newly renovated Charybdis Playground. 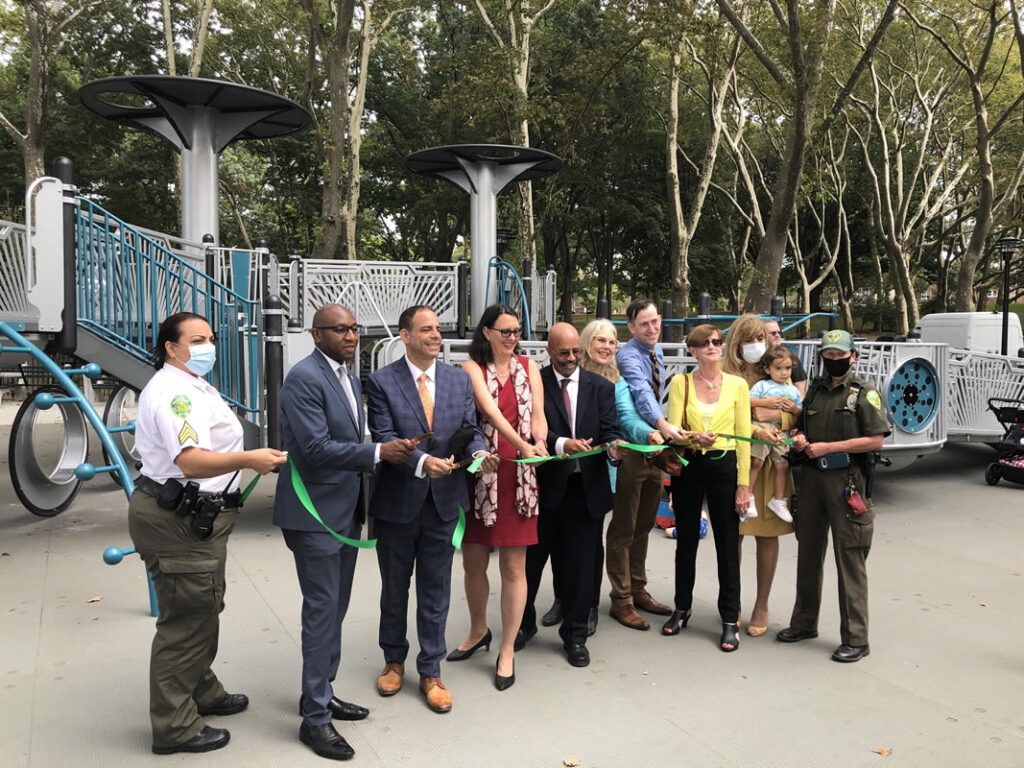 Especially exciting is the annexation and redesign of the sprinkler pool at the north side of Astoria Pool. This is now accessible through the playground, not through the pool, and will stay open an extended time beyond the normal pool schedule! 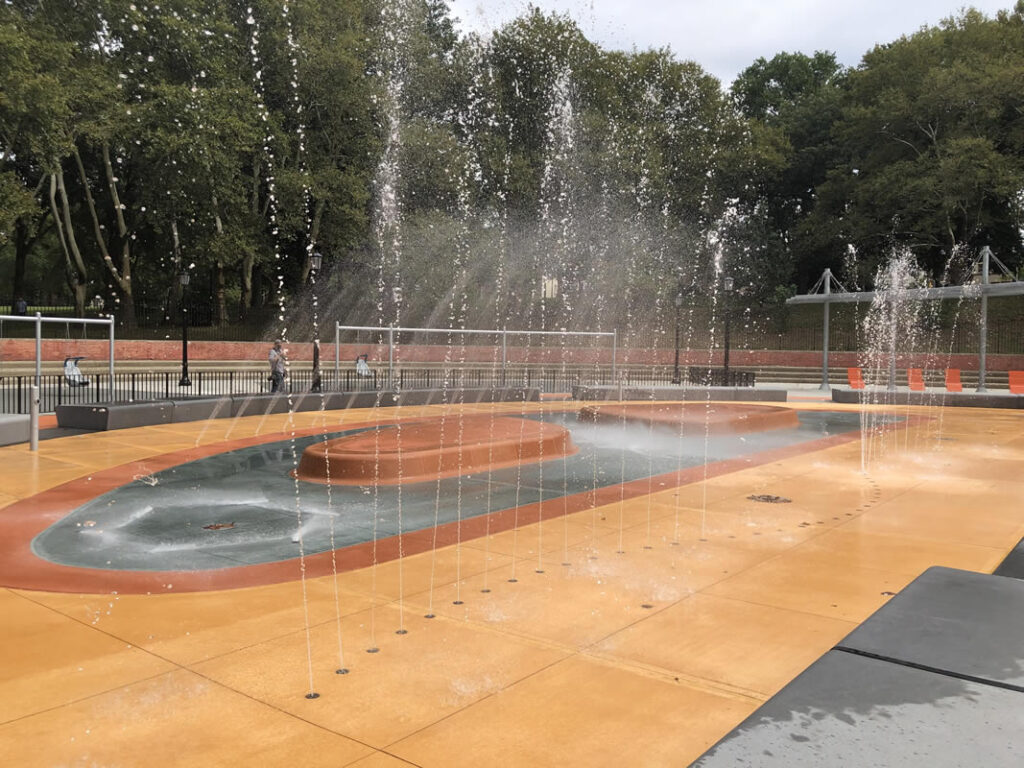 Funded by the Mayors’ 30,000,000 Anchor Park initiative, the playground joins the new soccer field and track as great additions to this beautiful park overlooking the East River’s Hellgate Channel. 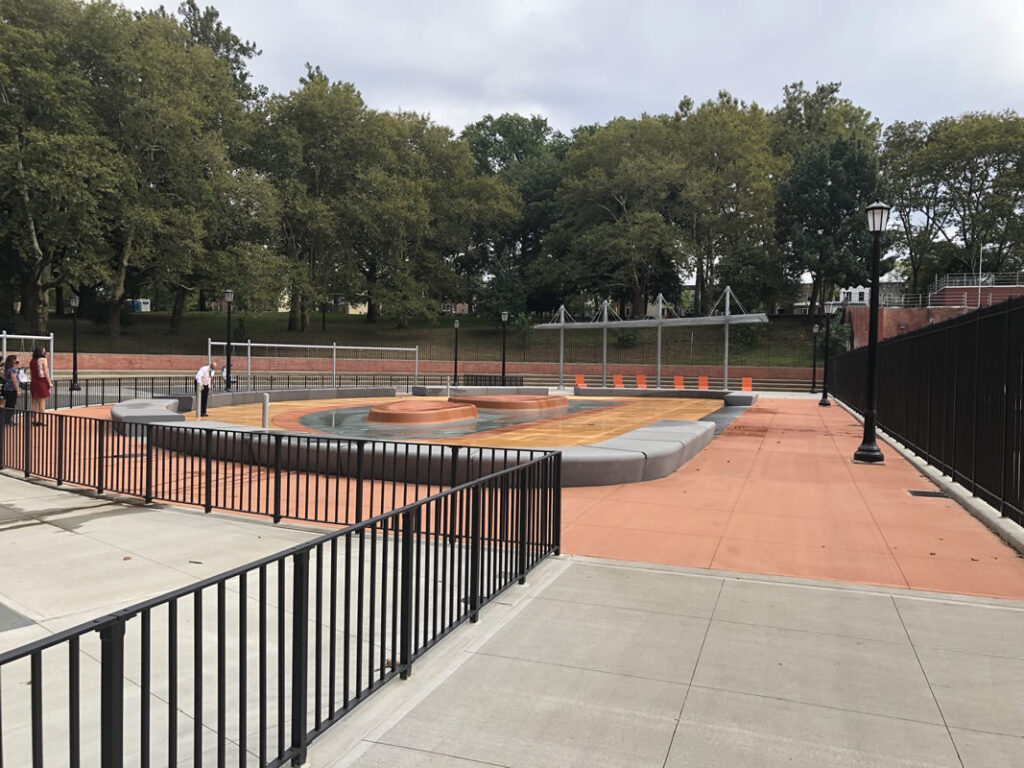 Between the RFK Triboro and Hellgate Bridges, with a wonderful view of Manhattan, Astoria Park is a gem of NYC and cherished by all. It was a refuge for many during the recent pandemic and will continue to be a focus of our daily lives. 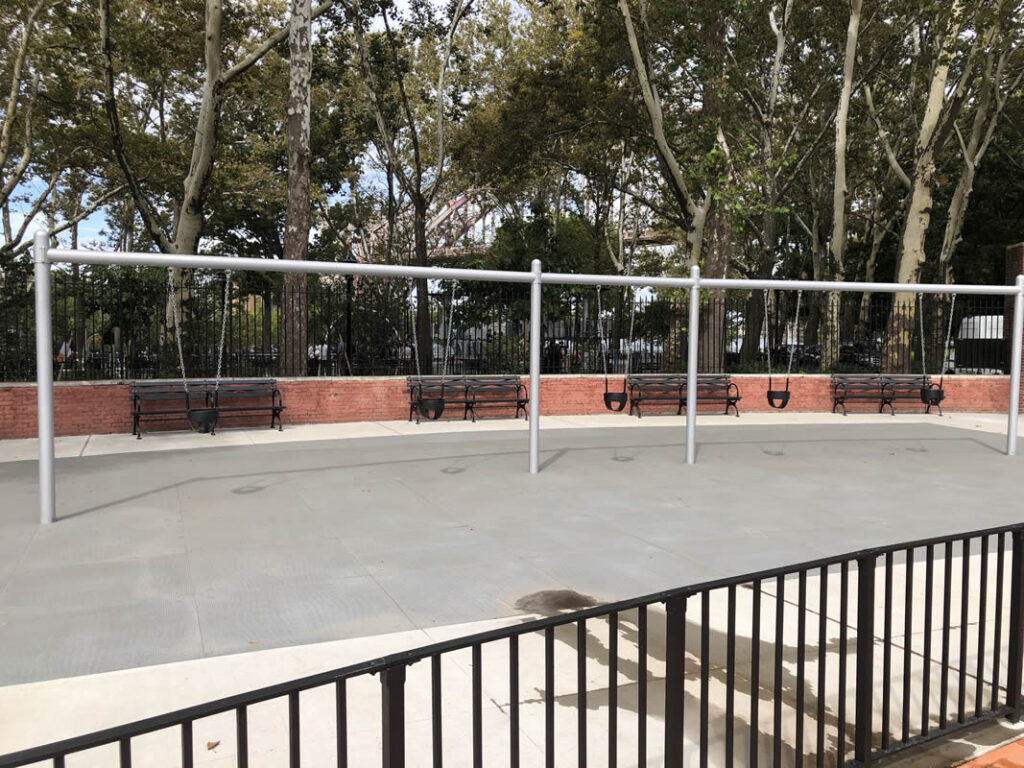 Please enjoy the pictures of today’s event and the newly renovated playground.