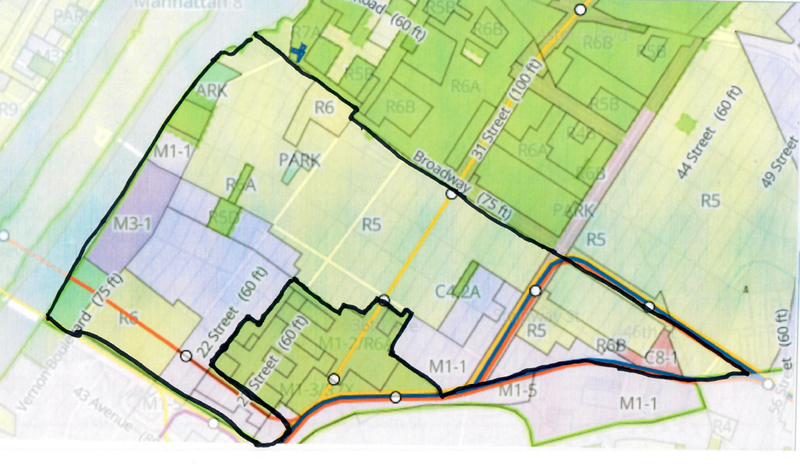 The Old Astoria Neighborhood Association has requested the City of NY do a Zoning Study of the area in Community District 1 that has not been rezoned since 1961.

NY1 broadcast a piece on this request.

Currently, the zoning does not reflect the types of buildings that currently exist. City Planning had already started such a study, calling it the Ravenswood Rezoning. (Though it encompasses an area greater than the Ravenswood Campus.)

This should be done, driven by Community Input, in order to reduce the time and expense needed to construct new buildings, make sure that new homeowners can have knowledge of what their neighborhood will look like in the future, and guide economic growth to insure a consistent quality of life for all.

We have also posted a rough map of the area affected. It is south of Broadway to Queensborough Plaza, excluding Dutch Kills.