STREETCAR FROM ASTORIA TO BROOKLYN PROPOSED 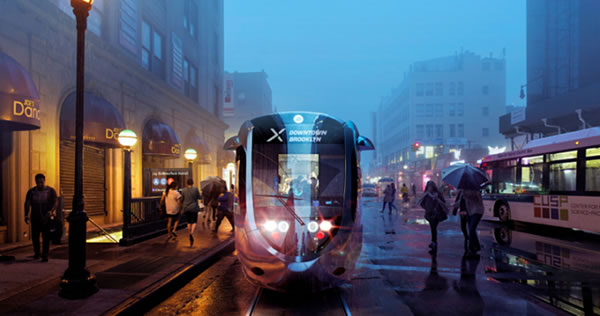 Have you heard about the BQX Connector? It’s a proposed streetcar line running from along the Brooklyn-Queens waterfront from Astoria to Sunset Park. When Mayor DiBlasio announced the project a few weeks ago he said that a ride from Astoria to Williamsburg would take about 27 minutes and cost the same as single ride fare on the subway.

Details on the 16-mile light rail line are still scarce and the Mayor’s office says that “the administration will begin to engage communities along the waterfront” to talk about the exact route, location of stops, and implementation schedule. The City promises that the streetcar line will link growing residential neighborhoods, residents of NYCHA developments, and clusters of new technology businesses.

We reached out to Helena Durst to see what she thought about the proposal. She’s Chief Administrative Officer of the Durst Organization (the company developing Hallets Point) and President of The New York Water Taxi. She’s instituted environmentally responsible practices at the company and brought ferry service to City residents.

Here’s what she said in a letter to OANA President Richard Khuzami:

Thank you for your February 5th, letter regarding the Brooklyn Queens Connector (BQX). It is an honor to be working alongside the Old Astoria Neighborhood Association as we transform vacant land into parks, market rate and affordable housing, schools, and businesses on the Halletts Point Peninsula.

As demonstrated in our partnership to secure ferry service, we believe that enhanced public transportation, implemented with community participation, greatly enhances the quality of life for Astoria residents. The BQX has the potential to link Astoria to other dynamic neighborhoods up and down the East River, provide economic opportunities for historically isolated communities, and nourish the transportation deserts that dot the New York waterfront.

We appreciate your continued civic advocacy and look forward to working together in the years to come.

OANA issued its own statement on the proposal as well:

Historically, this has been an isolated, undeserved area. With the proposed light rail, Ferry, Citibike, and additional bus routes and frequency, we will finally be integrated into the fabric of the rest of Astoria, and New York City in general. Also, this provides a much-needed additional corridor between Brooklyn and Queens, which today consists primarily of the BQE and G train.

However, until the specific details are determined, such as routes, equipment, frequency, fees, taxes & funding sources, etc. we cannot fully comment or endorse the proposal.

And several members of OANA were quoted in a news article examining the BQX Proposal.

A future streetcar line in Astoria would really be a return to our past. Trolleys were once common in our neighborhood and the rest of New York City. This postcard shows a trolley running along Fulton Avenue, today’s Astoria Boulevard. 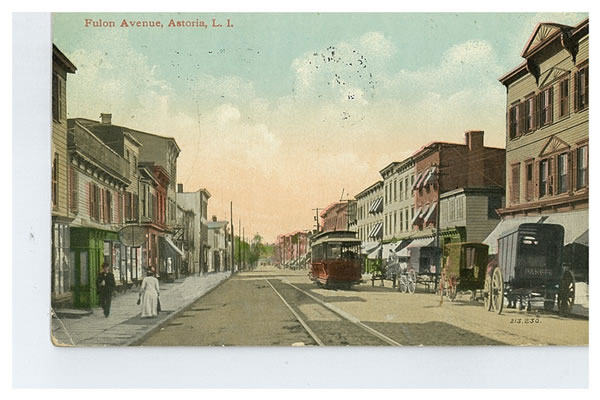