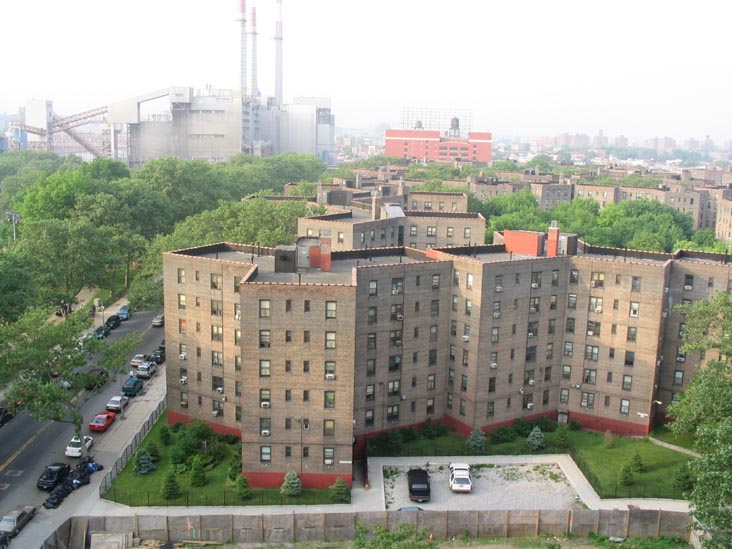 On Tuesday, June 7th, numerous homes in Queensbridge were left without water. According to the New York City Department of Environmental Protection (DEP) a main water break took place along Vernon Boulevard between 41st Avenue and Queens Plaza South, leaving roughly 450 apartments with taps dry. In response to the water break, the DEP shut down water mains along the route to stop and locate the origin of the leak.

The water break took place around 2 AM and left several streets flooded. Several cars parked outside along these streets were damaged. Additionally, a few residents also dealt with flooding inside their respective units.

DEP spokesperson told the main water break was fixed around 5 PM on Tuesday. Despite the streets having been dried by late afternoon, large puddles and portions of mud could be seen from where the flooding occurred.

A water break along Vernon Boulevard is not a new phenomenon. Residents had to cope with a similar event on January 21, 2021, where residents were left without water for several hours. DEP officials have not yet confirmed whether this leak happened in the same location as the previous one.

A few residents expressed their frustration over the situation. Yvone T., a Queensbridge resident for example, stated the following words after coming home from her overnight work on Tuesday, “I can’t afford to raise my blood pressure over something I have no control over.” She continued, “Eventually the water will come back on I guess, I’ll bathe then.”

Queensbridge residents who were not affected by the water break witnessed their neighbors carry buckets of water from temporary stations that were set up by the DEP and the NYCHA. The stations were connected to fire hydrants on 10th Street and 41st Avenue.

Elected officials expressed their indignation over the outage. City Councilmember Julie Won said the following on a statement to the Eagle, “We must work quickly to understand the damage caused by this water main break on the Queensbridge Houses and not let it pile up on the already billions of dollars of repairs that NYCHA is already delinquent on.” She continued, “Residents in my district suffer from constant infrastructure failures, from the heat and hot water outages that plagued Woodside houses last winter, to ongoing issues with mold, broken windows and appliances, and the general disrepair of the buildings that so many of my constituents deal with every day.”

State Senator Michael Gianaris also expressed his position on the matter, “we must work on modern solutions to fix our water infrastructure, so we aren’t playing catch up to more and more water main breaks.”

Queensbridge residents are encouraged to file a claim form with the New York City Comptroller’s office if they experienced damage to property during the water break. Please, click here to file your claim. Moreover, City Councilmember Won is also accepting complaints from residents. They can reach her office at 718-383-9566 or via email at district26@gmail.com.

Photo: NewYork1956 at the English-language Wikipedia