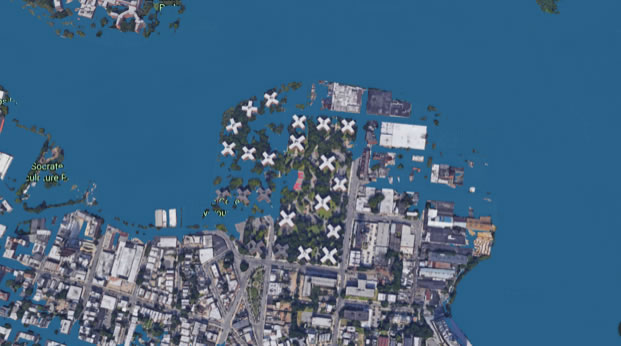 The NYC Department of City Planning has a newsletter regarding Flood Zone Resiliency issues. Information on updated Flood Zone Maps from FEMA is addressed. But of particular importance to building owners is the following:

Climate Change is a real issue for Old Astoria. It is important that we all have access to all information available so we can protect our investments, and assure the safety of all residents.

There are a number of ways to understand your flood risk. For flood insurance and building regulations, the official source of data is the flood maps created by FEMA, which we described in our last newsletter.

When meeting with New Yorkers in the floodplain, some of you asked us:

Why does NYC have two flood maps,
and what is the status of the map update?

New York City is overdue for accurate and up-to-date flood maps that are based on the best available science and modeling. The first flood maps were adopted in New York City in 1983, and small updates were released in 2007. FEMA was in the process of creating new maps when Sandy hit. These Preliminary Flood Insurance Rate Maps (PFIRMS) were released in 2013 and updated in 2015.

In October 2016, FEMA accepted the City’s appeal and announced that it would revise the maps to better reflect NYC’s flood risk. FEMA began the revision process in 2017 to create two new flood maps that will show:

1. A scientifically-accurate 100-year floodplain and flood elevations for purposes of calculating annual flood insurance premiums
2. A progressive and climate-smart flood map product that better reflects the impacts of sea level rise and climate change for building and planning purposes

These changes will help ensure that buildings can be made resilient to flooding both now and in the future, and at the same time ensure that homeowners are not required to purchase more insurance than is necessary for today’s risk. These new maps are targeted for release in 2021.

The Department of City Planning is working to ensure that buildings can be made resilient to future flood risk as part of an effort to update the Flood Resilience Zoning Text (the “Flood Text”). The Flood Text was adopted after Sandy on a temporary, emergency basis to remove zoning barriers to resiliency investments. We are currently working to make these regulations permanent, but also make improvements based on lessons learned during the recovery process. When we met with architects and residents in the floodplain to hear their ideas, we learned that people are interested in elevating their homes even above what the code requires today. If you have tried to elevate your building above today’s expected flood heights and experienced zoning or other regulatory barriers to doing so, we hope you’ll share your story with us.