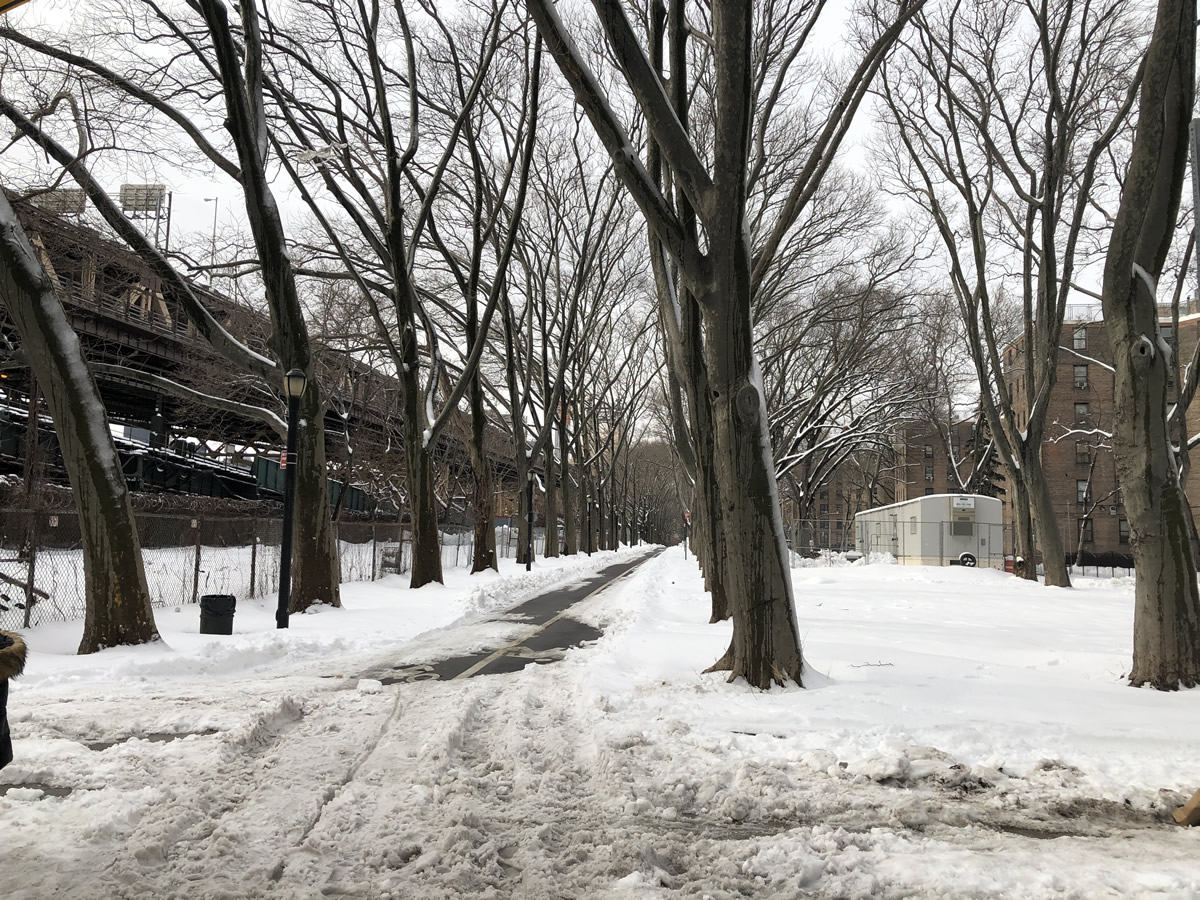 We strongly advise against this. We feel, and advised as such, that the Mulching Facility be kept, and in fact expanded to include a Community Garden. We can think of no better use of this land for the community, both from an education and health standpoint. Teaching our youth of the process of gardening and farming, and its different components will be invaluable. And having plots for the neighborhood is a valuable resource.

This topic in fact was the most discussed of all issues during this visioning. We truly feel that alternatives parking of vehicles can be found. And there is no reason why either the parking or the mulching facility must be eliminated. They can both coexist.

We applaud the fact that Parks has agreed to postpone the eviction. But everyone must remain on top of this issue to make sure the eviction is permanently eliminated

The Parks Department’s first community planning session for a neglected stretch of land under the Queensboro Bridge lacked a key group of participants Thursday — residents of the nearby Queensbridge Houses.

While more than 100 participants showed up to submit ideas at a virtual planning session for an $11 million revamp of Queensbridge Baby Park, but few actually lived in the public housing near the future greenspace.

“It has to be said that it is clear that we did not have enough representation from Queensbridge residents,” said Councilmember Jimmy Van Bramer during the meeting.

He called on Parks to host additional hearings in various formats, not just Zoom meetings that require internet access. He suggested implementing drop boxes for people to submit proposals or hosting outdoor meetings in warmer weather.

“We’ve got to think out of the box here and we’ve got to make sure Queensbridge residents are reached,” Van Bramer said.

Part of the neglected park at Queens Plaza between 21st Street and Vernon Boulevard currently serves as a storage space for Park Department equipment. The city has planned to evict a composting operation from another nearby section in order to move the equipment and to commence the upgrade at Baby Park. That plan faced pushback from local environmental groups and elected officials, and Parks agreed to delay the eviction.

Some residents chose not to participate in the meeting because they did not think their voices would be heard, said Long Island City activist Gil Lopez.

“I’ve done multiple days of outreach at Queensbridge Houses to try and get them to participate,” Lopez wrote in the chat function of the event. “Many told me they didn’t feel like Parks would listen to them in the end and it would be a waste of their time.”

Some residents, however, did say they would like a dog park, Lopez said.

“One of the things that kept getting stressed over and over again is we need to listen and identify with what current Queensbridge residents are looking for specifically the children, the younger generation,” said one Parks official when the groups reconvened. “They’ll be the ones using it.”
Another group suggested partnering with the Department of Education to reach the kids who would benefit from the park to see if there is a preference for playgrounds, courts or other amenities.

A project to repair handball and basketball courts on the property is ongoing, according to the Parks Department website.

Other ideas for the park include a skate park, more senior-friendly infrastructure like lights and game tables, and outdoor exercise equipment.

The long, narrow stretch of land could become a green thoroughfare like the Highline, said Richard Khuzami, the former Parks and Culture chair of Community Board 1.

Many participants advocated for the value of the Big Reuse compost site, slated to be displaced this year to make room for operational needs as part of the process to reinvigorate the park space under the Queensboro Bridge.

Some suggested ways to incorporate the site include green job training, environmental and climate education, and continued community garden partnership.

“This is only the beginning,” Munsch said. “There will be more outreach; we want to continue hearing from people.”
Residents can submit additional public input through an online survey.