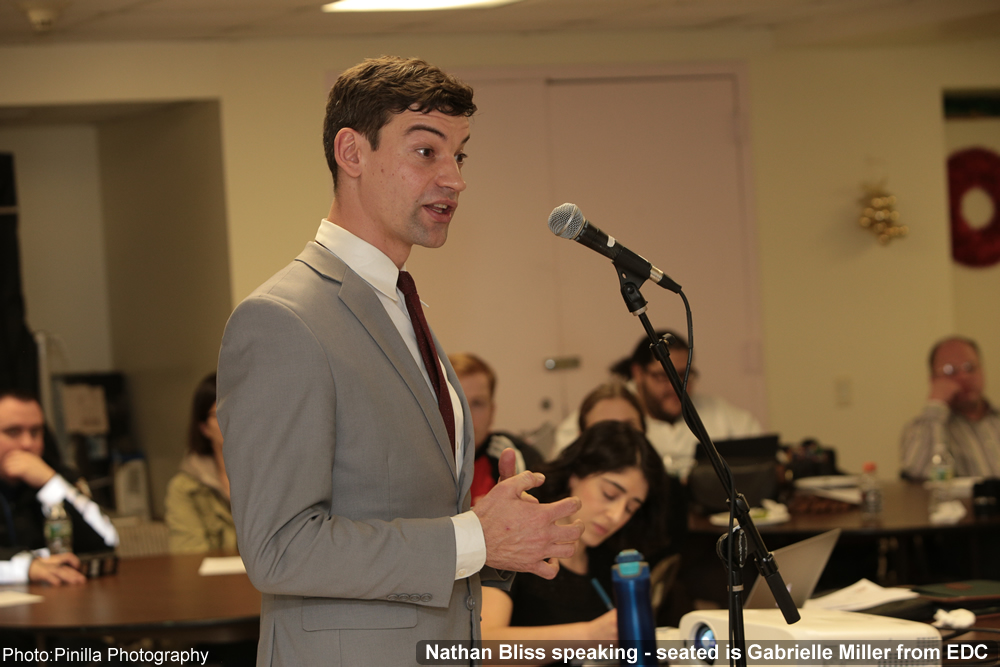 On January 8th, the Old Astoria Neighborhood Association (OANA) had an overview of the Amazon HQ2 project presented to us by the NYC EDC at our monthly meeting.

We thought we would take this opportunity to send a summary of the presentation which can be viewed here. This was one of their initial presentations to a civic association. In case you want to dig a bit deeper, we have audio of the meeting below.

Please note that we are members of the Community Advisory Committee established to have input into the Amazon HQ2 project.

The Old Astoria Neighborhood Association welcomed Nathan Bliss from the NYC Economic Development Corporation at its monthly meeting January 8t, 2019. His topic was an overview of Amazon HQ2 in LIC.

Bliss discussed several important points including how growing the city’s tech sector would help diversifying NYC’s economy, preventing it from being dominated by the financial services sector. The city has already been working towards this, as the new Cornell Tech Campus shows. He also advised that studies show that 44% of tech jobs do not require degrees, which should open up a diverse pool of workers.

The LIC economy also needs a boost. Its old economy based on logistics and distribution was based on the old Port of NY, which has moved to NJ. While a rezoning in 2001 envisioned growth in jobs and manufacturing, all it accomplished was an unprecedented growth in residential buildings. Amazon HQ2 would restore the mixed use balance that LIC badly needs.

Amazon is advising they will bring 25000 to 40000 jobs, with facilities in the existing Citicorp Tower and more to be constructed in Anable Basin. At 40,000 they would be the second largest employer in NYC, providing an average salary of $150,000. Time frame is 10 years to 25,000 jobs and 15 years to up to 40,000. These jobs are separate from those at the distribution facilities, and can include executive management, Coders, HR, etc.

Over the next 10 years, the Amazon project is expected to generate $30 Billion in taxes, with the $3 Billion investment by the City and State making it a net of $27 Billion to the government.

They are also providing open space for a new school for 600 students, on-site sewer and utilities, and an infrastructure fund guided by a community-based decision-making process.

Finally, they say they will invest in workforce development with private sector partners with a ten-year commitment to produce 25000 jobs.

A Community Advisory Committee of local stakeholders has been formed to provide local input into the process, and advise local needs which may be incorporated into the deal. (OANA is a member).

It was also noted at the Jan. 8 meeting that if Amazon does not meet the final targets they have pledged to provide, such as job creation, there are penalties. The city may proceed to recapture assets, even property.

The city and State is currently developing an environmental review to determine needs in infrastructure and transportation.

Affordability is an issue. Unlike Seattle where the growth was unanticipated, New York has in place robust Affordable Housing initiatives. This puts NYC in a much stronger position deal with gentrification. Also, Richard Khuzami of OANA asked that a cap in property tax increases of 6%, as enjoyed by the rest of NYS, be instituted in NYC. This will allow property owners to manage cash flow so they can keep their properties as their assessments increase.