The Q100 bus line has been running through the heart of Astoria for many years, but it is also a lifeline for the families of inmates at Riker’s Island.

This line is the subject of a new photo exhibit currently on display in  Astoria Park.

Photographer Salvador Espinoza, 39, grew up riding the Q100 bus. Espinoza received inspiration from the families visiting their loved ones. “I spoke to many people who didn’t want me to take their photo. But we did share a moment. I got to know them. Some let me take their pictures, and that was the cherry on top,” said Espinoza.

Espinosa hopes people who see his photos feel the emotion, and hope the viewers see the human face of those depicted in this exhibition. 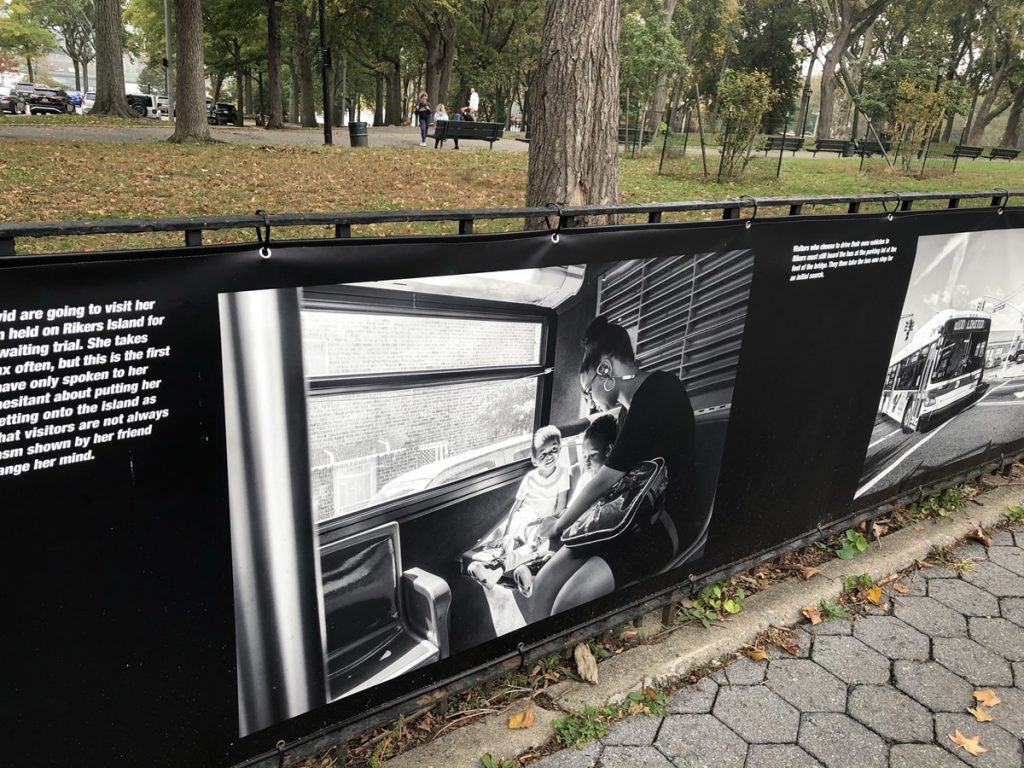 The photos will be on display til Nov. 29. There are 60 photo exhibits across all five borough. They are all in outside, in local parks.

The Q100 photos are on display in Astoria Park along 19th Street, just a block away from the bus stop. 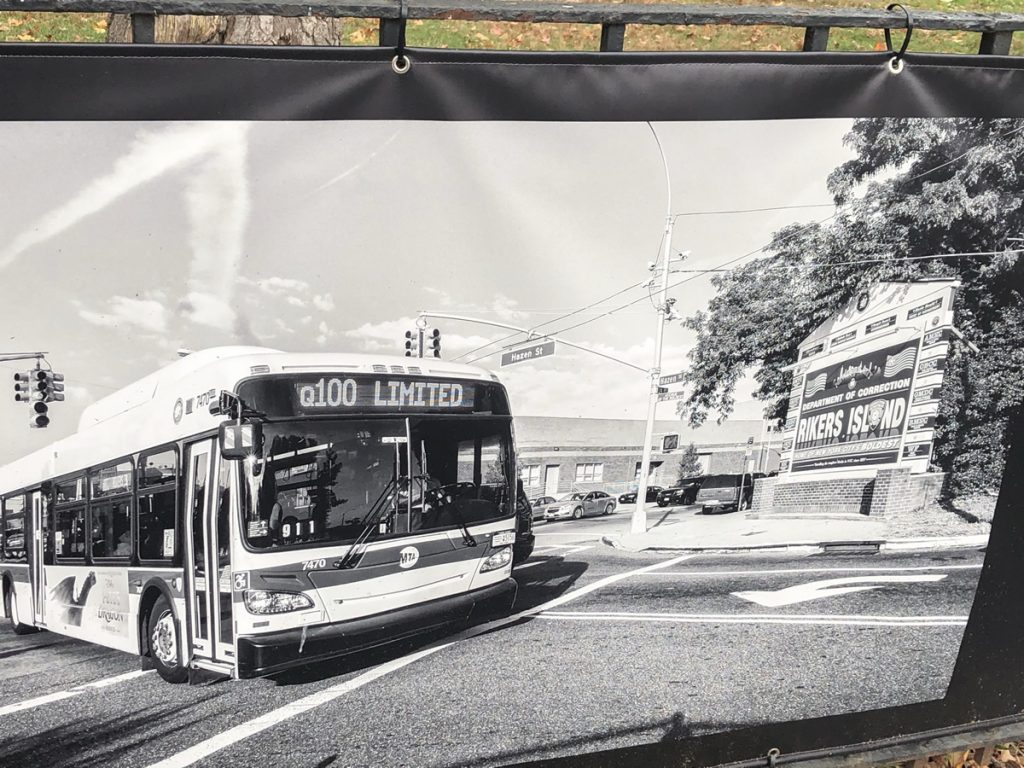 This is produced by a  city-wide festival called Photoville, “If you are out in a gallery, people could miss it, and this story belongs to the people — and should be shared,” said Sam Brazilay, the co-founder of Photoville.

OANA is proud that our neighborhood, with its rich cultural heritage, has been selected for this wonderful exhibit.