OANA was recently advised that the reconstruction of the Astoria Houses Seawall will begin by the end of October. This marks the fulfillment of a major issue on Hallets Peninsula. This has been an especially important priority for Claudia Cogar, President of the Astoria Houses Residents Association, and we congratulate her on securing the badly need safety and quality of life improvement.

The seawall and railing have deteriorated to the point where safety is an issue, and we are just waiting for serious injury and property damage.

And also a shout out to Community Board 1 in Queens, who prioritized this capital improvement request. We at OANA are also happy to advocate.

The NYC Parks Department is the NYC Agency in charge of this project.

This is a well-deserved success especially for Ms. Cogar, and we congratulate her on this victory, for both the residents of Astoria Houses, and also all residents of Hallets Peninsula. (Note that the promenade by the seawall is the most direct access to the NYC Ferry Landing, and is heavily trafficked. 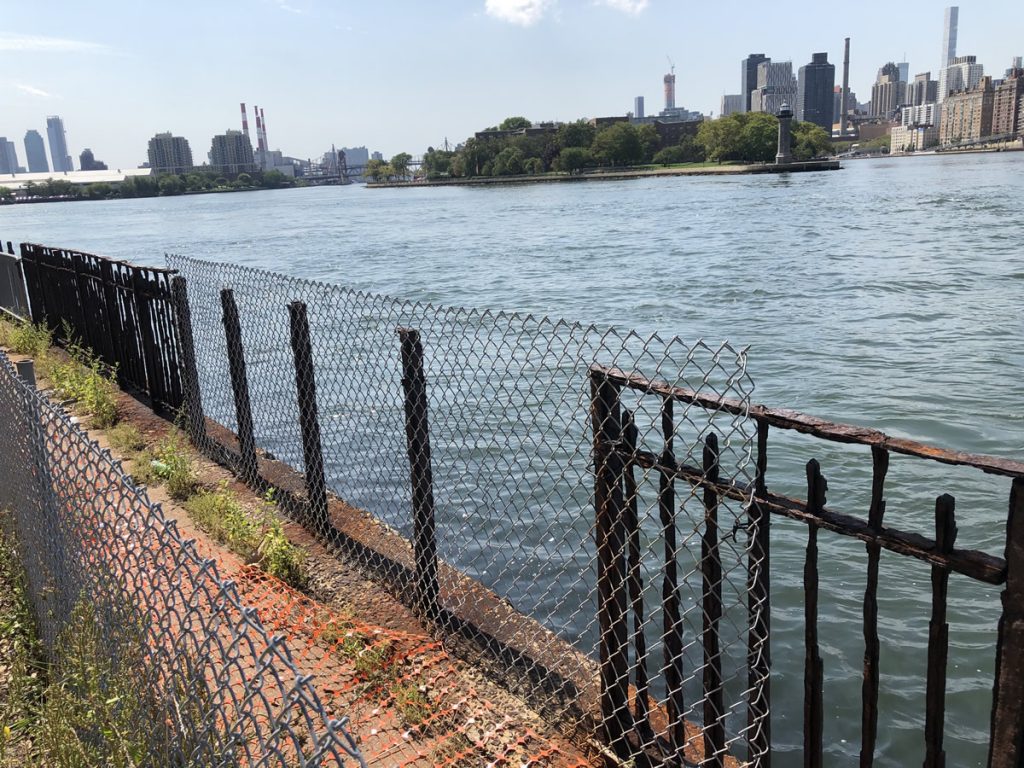 Community Board 1 Quality Of Life Safety