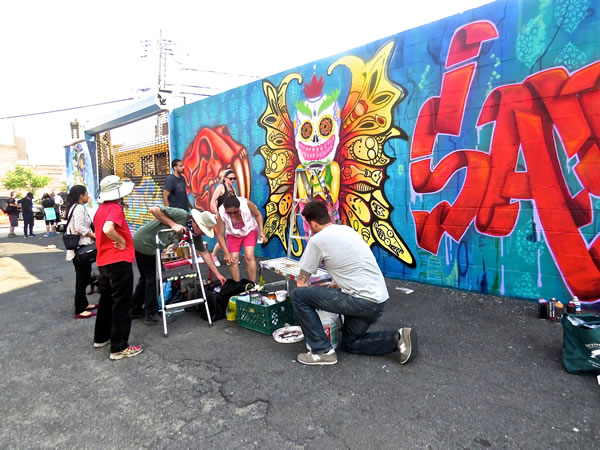 On June 11 the artists who participated in the Welling Court Mural Project chatted to local residents and discussed their art during a day-long event as 2016’s murals officially replaced last year’s. 140 colorful murals now decorate the walls and fences around Welling Court. Garrison Buxton was a guest speaker at OANA’s February 2016 meeting and told us how much the project had grown since its beginnings in 2009-2010 as more local residents have donated space for the project. There are general broad guidelines to which the artist adheres but otherwise they are given creative control of the murals, which remain in place for a year. You still have several months to check about these colorful works of art around Welling Court (intersection of Main Ave, 30th Ave and 12th St)