Radial Park Opened Theatrical Drive-In With PHANTOM OF THE OPERA 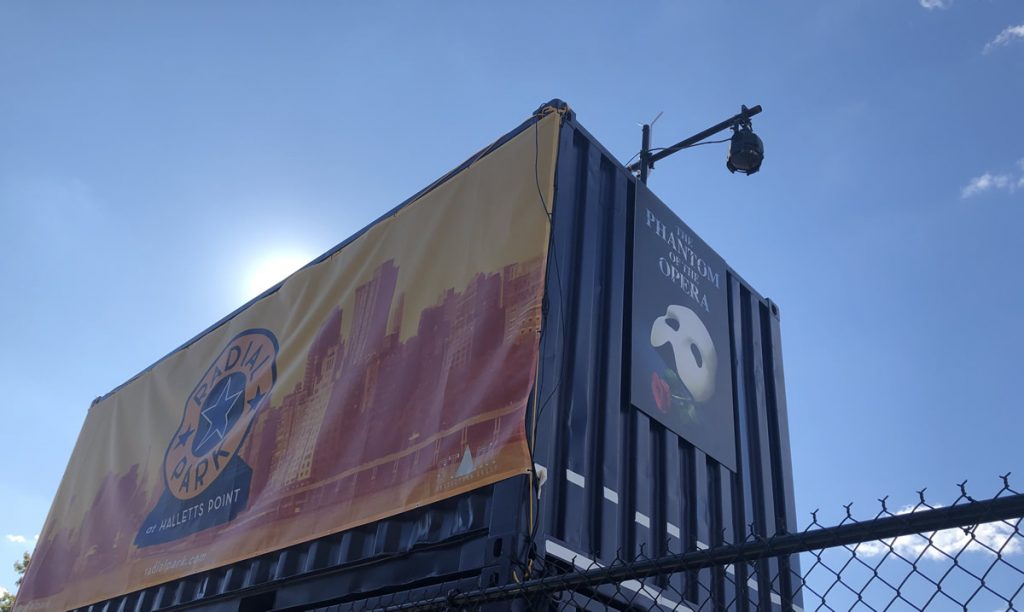 The Phantom of the Opera at Radical Park

Halletts Point Play, a 50,000 square-foot open-air space in Astoria, Queens, located along the waterfront, with views of the East River and the Manhattan skyline featured this first-of-its-kind drive-in. Halletts Point Play is steps away from Citi Bike and NYC Ferry with direct connections from the Upper East Side, Midtown, Lower Manhattan, Brooklyn, Queens and Roosevelt Island and is just a short walk from the subway.

Following the requirements of government and health officials, Radial Park is implementing strict health and safety protocols including temperature checks upon arrival via an infrared, touchless thermometer, color-coded wristbands for social distancing, “lifeguards” on duty who will be ready to blow the whistle to enforce strict social distancing, and more.