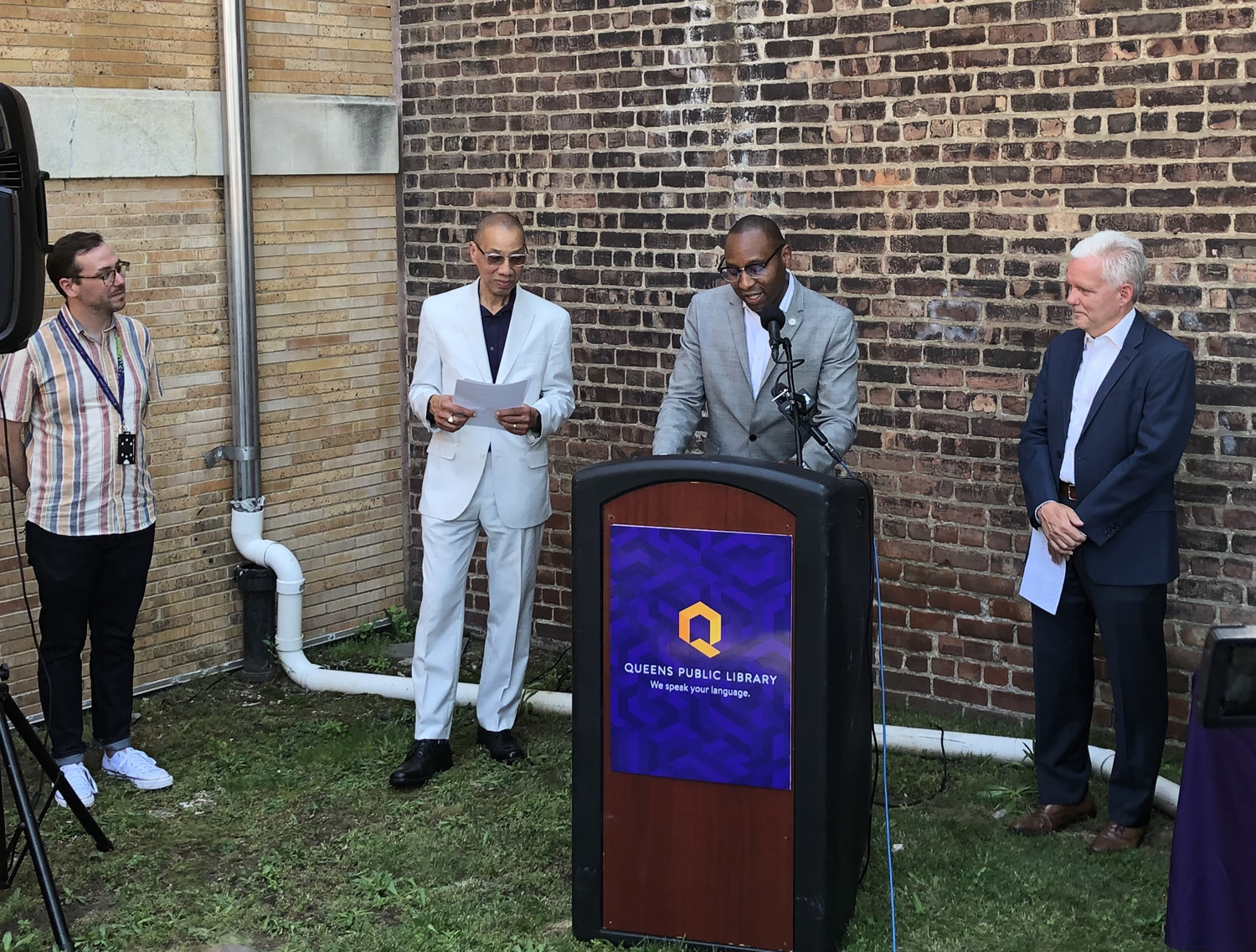 Monday, June 7, 2021, marked a memorable moment in the history of The Queens Public Library (QPL). 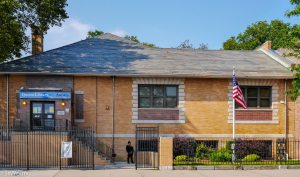 The time capsule was a sealed container that included a laminated letter from Dennis M. Walcott along with hand-written messages from guests at the celebration on Monday; a QPL mask, a reminder of the pandemic; a 125th-anniversary bookmark; a QPL lapel pin; a laminated invitation to the 125th-anniversary gala event; a historic photo of the Astoria Library signed by the Astoria staff; and a USB flash drive containing stories from the Queens Memory Projects (COVID-19 and QPL 125), screenshots of the “QPL 125” page and reopening page, a sampling of  QPL YouTube videos, and blueprints of current construction projects.

During the QPL’s 125th anniversary celebration on Monday, library President Walcott made the following remarks, “Queens Public Library has been a lifeline to Queens residents and communities during these challenging times, and as New York City reopens, libraries will continue to play an essential role in the rebuilding process.” Walcott also sent a message looking to the future. “We don’t know exactly what the world will look like in 2046 or what services the library will be providing when we are 150, but we hope that through our collective efforts, society will be more equitable and inclusive. We know that libraries will continue to be vital to Queens, providing the public with free access to information and opportunity and helping build strong communities throughout our borough.”

Queens Borough President Donovan Richards, Jr. took the celebration of QPL’s 125th anniversary as an opportunity to declare June 7, 2021, as Queens Public Library Day. He also and presented a proclamation to commemorate the library’s historic anniversary. “None of us will ever forget the challenges and grief our borough experienced over the past year, but with the leadership of the Queens Public Library system and the countless young people who rely on it, I know Queens’ recovery is going to be one of strength and equity. When our young people-turned-leaders open this time capsule 25 years from now, we’re going to marvel at the borough we’ve built together as one Queens community.”

New York City Council Member Jimmy Van Bramer said, “I get emotional at these events because I’m always coming home when I’m at a library event. I organized a friend’s chapter at this library over 20 years ago, and I remember talking with community residents about the importance of this branch and the entire system. I would like to take this time to recognize all the library staff, especially the behind-the-scenes people who make sure each branch stays clean and safe. Thank you to everyone for making Queens Public Library what it is.”

Two fifth-grade salutatorians from P.S. 171 in Astoria also shared their thoughts on what they envision life to be like in New York City in 25 years. Richards and Van Bramer read the aspirations of two other students, who reflected their fears of climate change, wishes to see robots make human lives easier, and desires to establish themselves in careers that would enable them to earn enough to aid their respective families.

The time capsule will be unburied and opened in 2046.

Queens Public Library is one of the largest and busiest public library systems in the United States. It is dedicated to serving the most ethnically and culturally diverse area in the country. An independent, non-profit organization founded in 1896, Queens Public Library offers free access to a collection of more than 5 million books and other materials in multiple languages, technological and digital resources, and more than 87,500 educational, cultural, and civic programs a year. It consists of 66 locations, including branch libraries, a Central Library, seven adult learning centers, a technology lab, one universal pre-kindergarten, and two teen centers.

The recording of the Queens Public Library 125-Anniversary Celebration is available at facebook.com/QPLNYC and https://www.youtube.com/watch?v=ihoOpO7_IIw. Photos are available here.