Push For Astoria Safety After Death 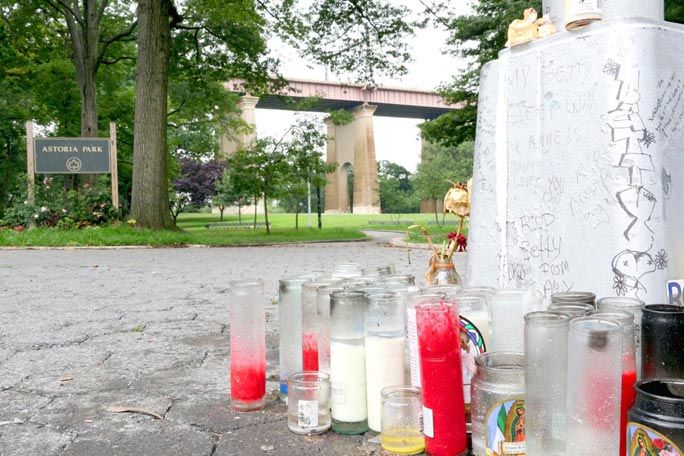 The Old Astoria Neighborhood Association passed a resolution two days after Dibiasio’s death that urged the city Department of Transportation to put in traffic-calming measures along Ditmars Boulevard from Shore Boulevard to 21st Street.

“We knew that traffic conditions had to be addressed,” said association President Richard Khuzami. “This is particularly important considering the projected huge increase in residential and commercial entities within this area.”

Khuzami said the key is to create traffic- calming devices that are permanent, such as more speed bumps and traffic lights.

While the resolution does not affect Old Astoria specifically, Khuzami said it’s all connected.

When asked if a greater police presence in the area is needed, as Colleran allegedly drove irresponsibly despite traffic measures, Khuzami noted that police can’t be at every intersection at all times.

He added the crux of the resolution aligns with Mayor de Blasio’s Vision Zero initiative.

Khuzami also noted how the behavior associated with Shore Boulevard, which has long been a neighborhood magnet for socializing youths, spills onto side streets.

He also said that during the summer, the corridor attracts behavior many in the community do not want.

“We have to better clean our waterfront,” Constantinides said, adding he sees Shore Boulevard as an extension of Astoria Park. “This is a community park. This is not a place to come and drink beer on a Friday night.”

He said the borough has other communities that have “more sanity,” referring to green spaces in Long Island City.

His office started an online petition for traffic safety improvements on streets surrounding Astoria Park and to “amplify voices” of those rocked by Dibiasio’s death. There were more than 200 signatures at press time.

Constantinides also requested a traffic signal at the intersection where Dibiasio was killed.