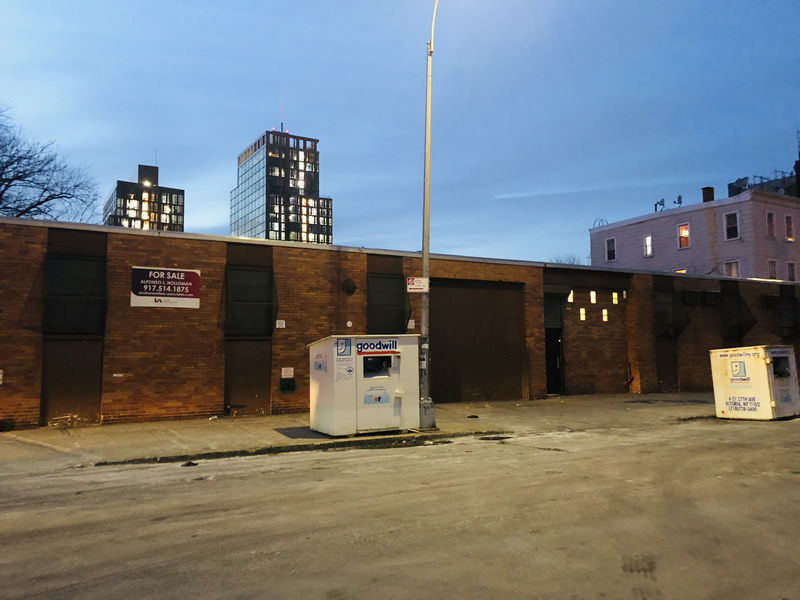 Last year, we reported on the sale of property on 4th street on Hallets Peninsula. The new owner has been issued permits for a new 7 story building on this site.

As per the Astoria Post article, his “plans with the Department of Buildings are for a 7-story, 99-unit, residential building on 4th Street, between 26th and 27th Avenue, in Astoria.

The building, which is currently a storage warehouse, would also contain an enclosed parking lot with 50 spaces and a backyard that stretches back 77 feet.”

This is the latest in the transformation of Hallets Peninsula (Outside of Astoria Houses) from primarily industrial to mixed use residential.