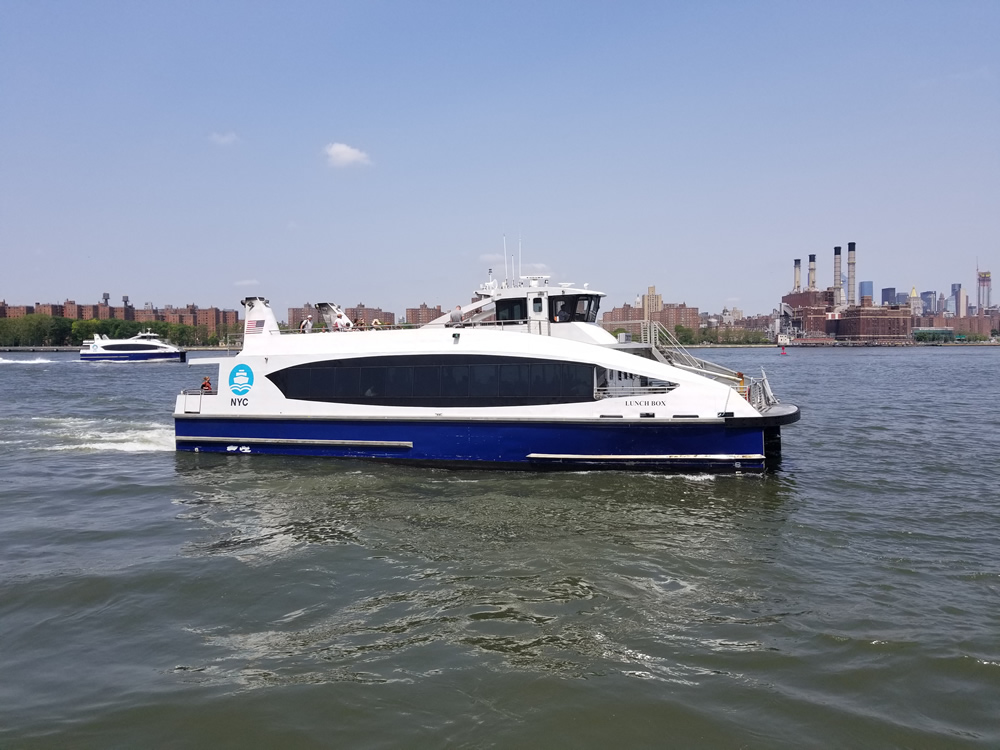 During this pandemic, we want to take an opportunity to report on an investment in a positive future for NYC and it’s transit system!

The NYC Ferry  (operated by Hornblower), has taken delivery of its first 2 of its EPA Tier 4 compliant vessels. Named H401 and Curiosity, the 29-meter ferries were built with a package that allowed identical vessels to be constructed at independent shipyards; Halimar Shipyard of Morgan City, La., and Breaux Brothers Enterprises of Loreauville, La.

Although the vessels were commissioned prior to the COVID-19 which has caused a drastic curtailment in ferry services and ridership, it is expected that the high passenger demand NYC Ferry has experienced since commencing operations in 2017 will return.

On completion of these additional vessels, the NYC Ferry fleet will have grown to a total of 38 vessels in just over three years.

All the vessels are equipped with EPA Tier 4 compliant engines which further reduce emissions.

Let’s not lose sight of the future, when we can build an event better NYC!