New Look Coming to the Triborough B playground 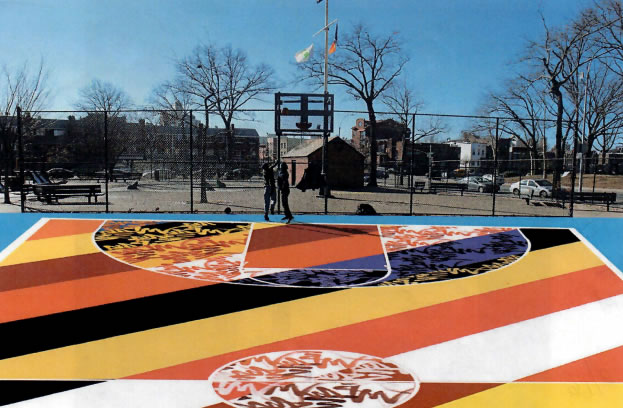 The Big Ten Network, in celebration of this year’s Big Ten Men’s Basketball Tournament at Madison Square Garden, will be refurbishing the surface and basketball hoops of the full court basketball court in Triborough B playground!!!

It will also be painted with a large-scale mural by Mark Paul Deren (AKA MADSTEEZ), paying homage to all 14 BIG TEN Schools. The court will be split into East and West Divisions, 7 schools in each, and use the 2 main colors of each school.

The entire cost of this, including maintenance, will be born by the Big Ten Network for a one year term. After, the city could keep or sponsor. (They would at that point however have to repaint the court to standard colors).

Opening of this facility scheduled, weather permitting, for Feb 28th. Big Ten Network will also host a youth basketball clinic at the court to celebrate the opening.

Projects from the private sector like this and the previously created Soccer Pitch in Triborough B are great assets to our community, and OANA encourages this public private partnership as often as possible. These have shown to make the greatest use of capital in a timely fashion!