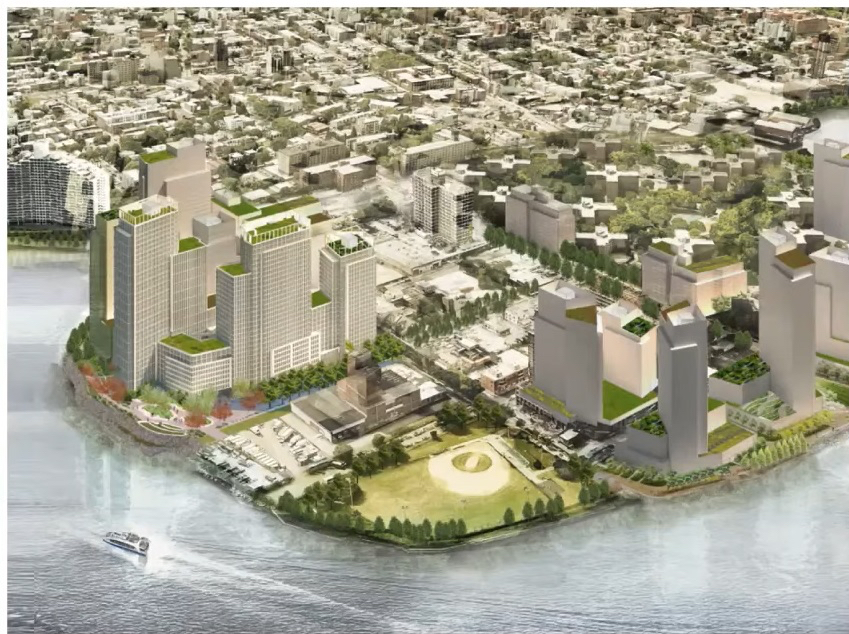 Halletts North, Astoria’s 3-tower project, received the approval of Queens Borough President Donovan Richards last month. The project consists of rezoning changes that will lead to the construction of three towers 23, 31, and 34 stories tall. Halletts North is expected to have more than 1300 units, including 335 affordable units. Before developers Astoria Owners Inc. purchased the lot in 2013 and cleaned it up, the area was vacant and heavily polluted.

Community Board 1 approved the project in April. On the occasion, board members in its majority supported the rezoning changes and waterfront area revitalizations. The project made its way to the Queens Borough President’s office, which had 30 days to review after the board’s vote. On May 23, Queens Borough President Donovan Richards approved the project with certain conditions. He encouraged developers to lower the area median income to 30 percent for below-market units. Richards also urged Astoria Owners to create “easy-to-read signage and wayfinding” in the neighborhood, discuss the project with neighbors, and improve the Triboro Park and the NYCHA Astoria Houses.

During the Community Board 1 meeting, a few board members voiced their concern over the project’s affordability, claiming it would lead to higher rents. Nevertheless, most board members voted favorably for the rezoning project. Finally, the Halletts North project will be reviewed by the City Planning Commission in the coming weeks. If approved by the City Planning Commission, the City Council will host a final vote in late summer.