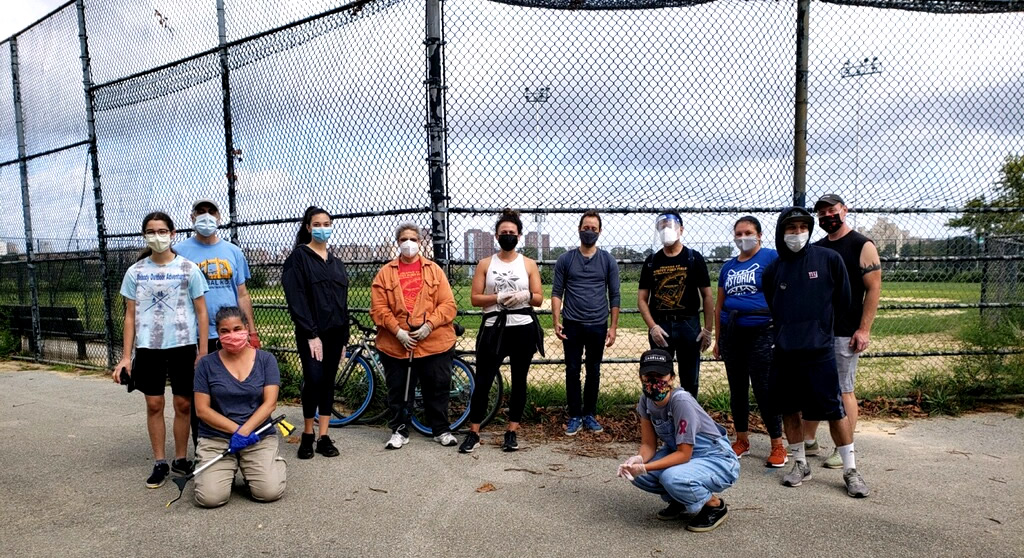 The event was organized by a local group called Proud Astorian which is coordinating neighborhood cleanups and sponsored by the Old Astoria Neighborhood Association, which is the fiscal sponsor to Friends of Whitey Ford Field.

Said Neil Herdan, Co-chair of the group –“Since we were founded in 2017, we have never missed an opportunity to clean up the field.”

Other participants came from all over Astoria including Astoria Social and local residents. At least seven bags of garbage were collected from around the field. Whitey Ford Field is currently in the process of being renovated and is closed off for baseball and softball activities.