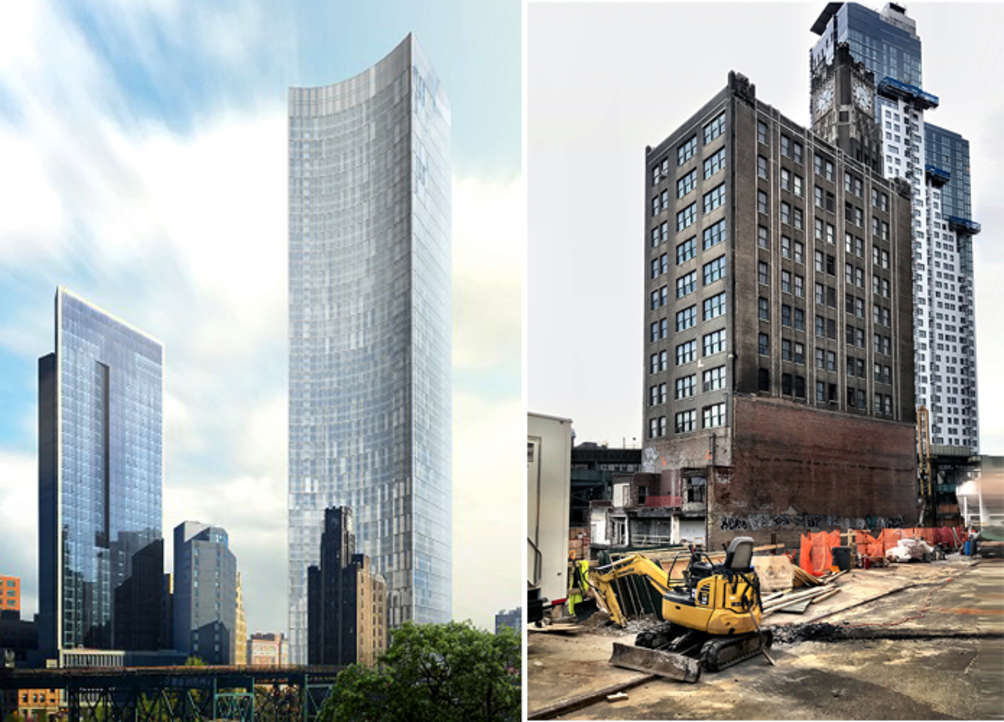 The first renderings of Queensboro Plaza skyscraper developed by the Durst Organization at 29-37 41st Avenue in Queens have been revealed. The 751-foot-tall building will  dwarf the clock tower at its base.

The renderings show a massive concave tower, sheathed in a glass curtain wall, set back from the rear of the 90-year-old landmarked Clock Tower. Crowned Queens Plaza Park by prior developers Property Markets Group and the Hakim Organization (before Durst purchased the site for $175 million in 2016), the 978,000-square-foot development will hold office space, retail, and 958 residential rental units. According to the project’s website, 300 of the units will be affordable.The tower’s amenity spaces feature an outdoor pool, 20,000-square-foot gym, library, co-working spaces and a demonstration kitchen. A half-acre public park will also sit in front of the