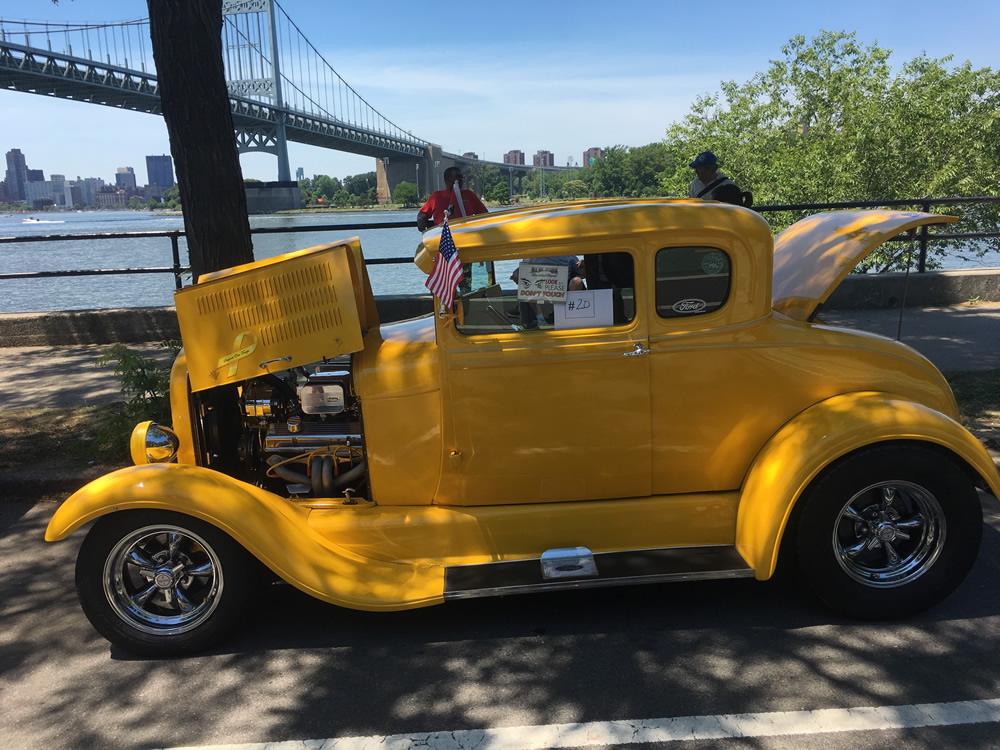 Astoria Park was the site of what will become a new tradition: Classic cars and Live Music for Fathers day! This highly successful, well attended event will hopefully become an annual show.

Shore Blvd, as many long time Queens residents know, was traditionally the “strip” where everyone would meet to show of their cars, hang out, and enjoy the summer months.

The Astoria Park Alliance, along with sponsor “Old Astoria Neighborhood Association, decided to revive this tradition, but as an organized curated event.

The volunteers from Astoria Park Alliance, led by Miriam Fodera and Anthony Liberatoscioli, went beyond the call to organize this event which featured participants from all over the northeast, and also the Old Astoria Neighborhood Association with Richard Khuzami and Stefanos Charalampidis was please to provide sound reinforcement for the sounds of Americana Artist D.B. Reilly.

We look forward to the comments of all those who attended. What did you think!!!