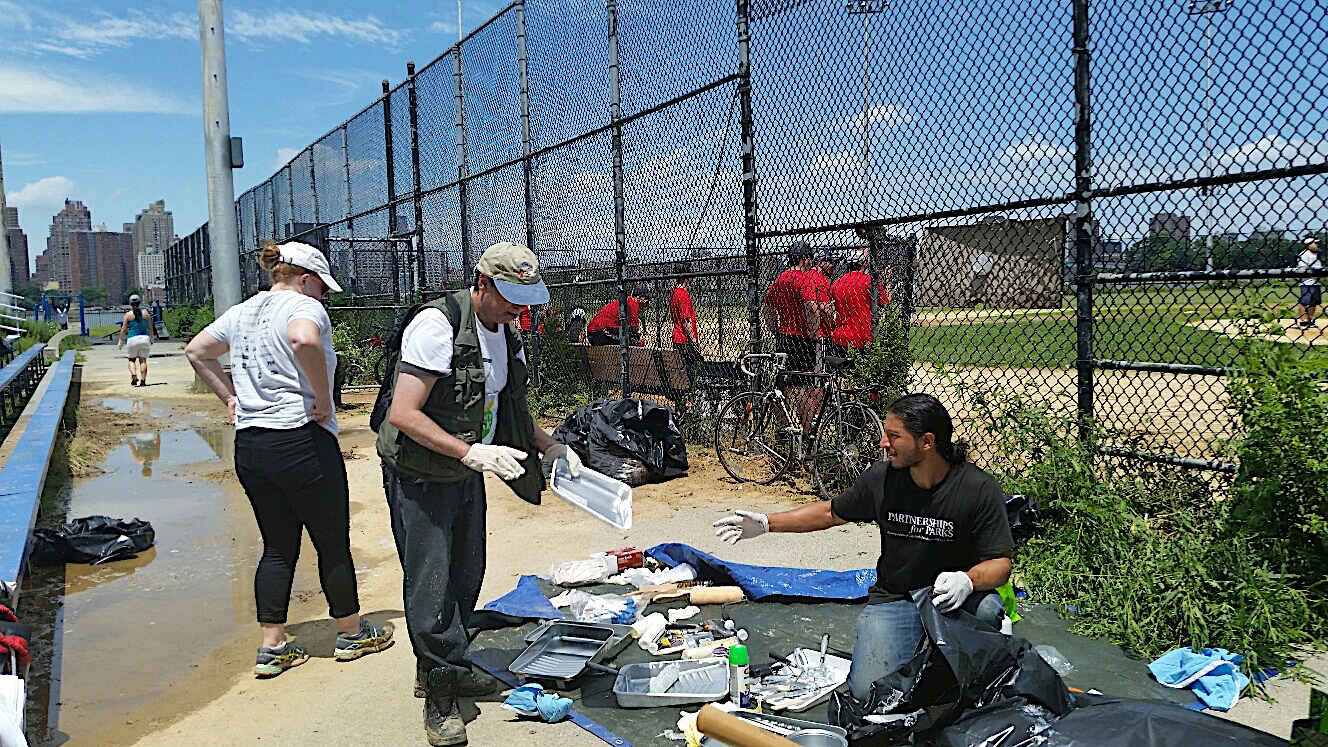 Nancy Ruhling’s “Astoria Characters” series in the Huffington Post  and collected on her own website, have featured a wide variety of people living in our community—a Tiffany glass curator,  a hairdresser,  the couple who own the Victory Sweet Shop and Victory Garden Cafe, the principal trombonist for the Astoria Symphony Orchestra,  the baker behind Aloria Cakes and Gourmet Sweets,  and OANA”s own Dominque Perrot and Richard Khuzami.

Neil, originally from London, did not grow up playing or even watching baseball. He has lived in Astoria since 1988 and it was his passion for history that first made him aware of Yankees Hall-of-Famer Whitey Ford’s connection with our neighborhood when a tour he was taking with the Greater Astoria Historical Society took in the park that’s named after him.

“I want {the Friends of Whitey Ford Field} to be the best there is,” Neil says.

“And I want Whitey Ford Field to be the best ballfield in New York. I want it to be the envy of New York.