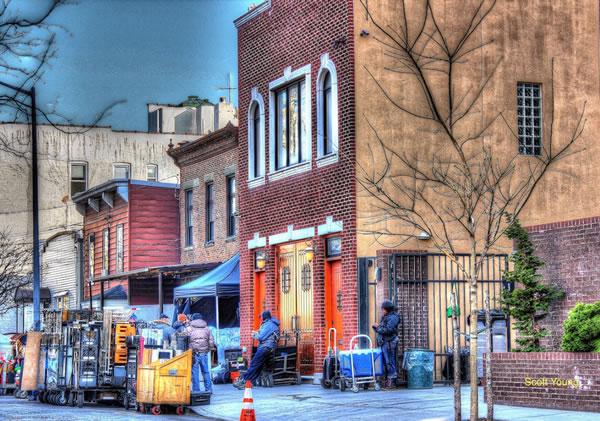 Local photographer Scott Young captured some shots of a television shoot in Old Astoria yesterday. Filming is underway on 18th Street for Feed the Beast, a new series premiering next month on AMC. The show is about two longtime friends who decide to open an upscale Greek restaurant in New York City. (It takes place in the Bronx, but we’re not surprised they chose a location here in Queens for filming.) David Schwimmer, best known for playing Ross on Friends, is one of the stars. He grew up in Los Angeles, but was born in Astoria in 1966. We wonder if he’s noticed how much Astoria has changed.