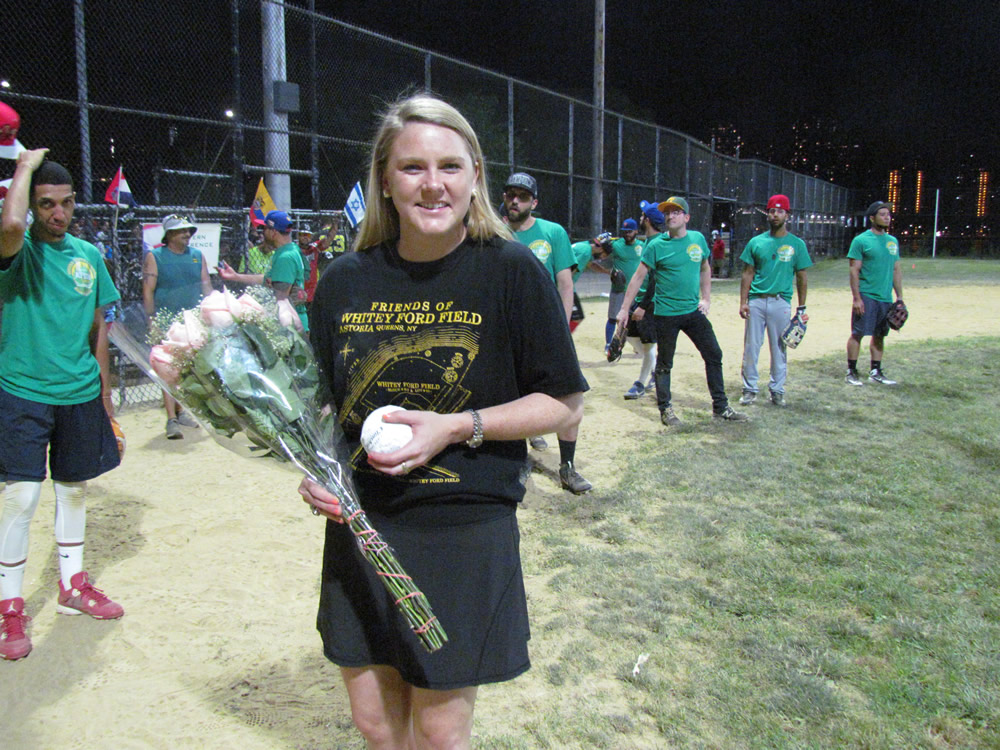 Neil Herdan and Blair Clancy, Co-Chairs of Friends of Whitey Ford Field were covered in the Queens Gazette and Queens Chronicle last week. Both volunteers are members of OANA. 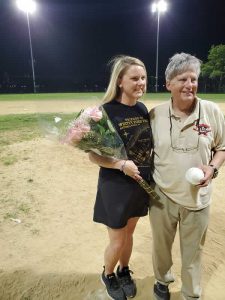 Blair and Richie with the game ball

Mike Gannon, a reporter for the Queens Chronicle, covered the group and their spring/summer events; “Ford Family Day” in June and the Queens Lighted Softball Association’s All-Star-Game Game earlier in the month.  You can read the article here.

One of their goals in planning these types of activities is to focus on driving media attention to the group and Whitey Ford Field.

Blair and Neil presented at the City Parks Foundation workshop last week on how park volunteers can best attract attention from reporters and journalists.

“When we plan events, we normally don’t pitch or send out press releases,”   said Herdan.  Instead, the group has found it more useful to build relationships with journalists, publish articles, and leverage volunteers who are media savvy.