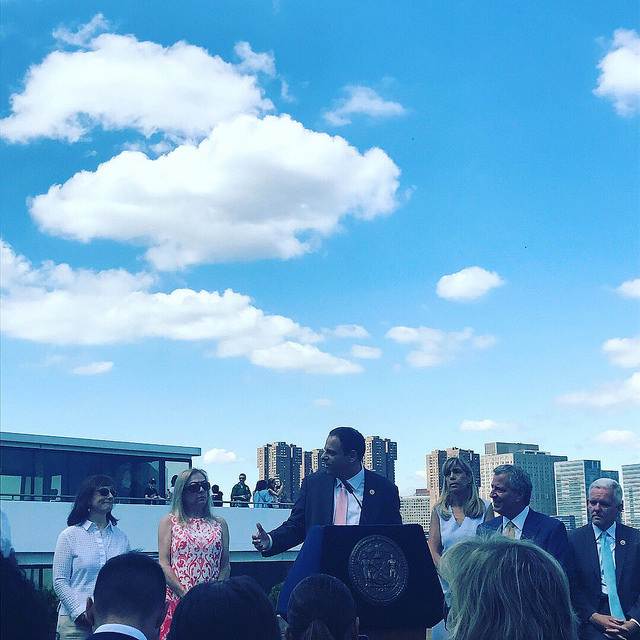 Crains New York reports that the mayor spoke enthusiastically about adding capacity to fulfill the higher-than-expected demand: “We’re going to keep building the system. More routes are being added as we speak,” the mayor said. “This is all about creating more access around the city, giving people opportunity regardless of ZIP code, creating a transportation system that actually can work for the 21st century.” Mayor DeBlasio also spoke about his belief that the proposed Brooklyn Queens Connector (BQX), a light rail that would run from Astoria to Sunset Park in Brooklyn, would be a “game changer.”

The new ferry line will launch on Tuesday August 29. Astoria residents will be able to ride from Hallets Point Peninsula to ferry stations in Roosevelt Island, Long Island City, East 34th Street and Wall Street. The trip from Astoria to Lower Manhattan will take approximately 38 minutes, according to NYC Ferry’s draft schedule.